The Brasília Palace Hotel was the second building to be finalized in the new capital. Contruction works started in September 1957 and the hotel, originally named Hotel de Turismo, was inaugurated on June 30, 1958, the same day as the Palácio do Planalto. At that time, it had been decided that no other building of the new capital could be inaugurated before the presidential palace. It was the principal place to host the authorities coming to Brasília to watch the construction works going on.

The building was designed by Oscar Niemeyer, and possesses two artworks of Athos Bulcao: a huge outdoor tiled wall and a panel in the banqueting-hall (the former dining hall). 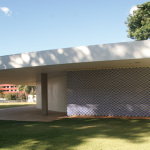 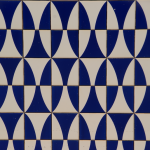 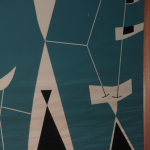 With 13.000 covered square meters, the hotel was projected with a length of 160 meters and 3 floors. Composed of a metal structure, it was the first construction work using steel “Made in Brazil”. In total, 905 tons of nationally produced steel were needed. The hotel also was the first in Brazil equipped with air-condition.

The banqueting-hall „Athos Bulcao” received great artists like Chico Buarque, Elis Regina, Toquinho and Vinicius de Moraes. The music “Água de Beber” was performed in the hotel bar for the first time, in 1959.

Half of the hotel’s capacity hosted the American Embassy for about 10 months, from May 1960 till March 1961.

The Brasília Palace Hotel became a symbol of glamour, “savoir vivre” and the modern times of the new capital in the sixties, and wrote history during its first 20 years of existence. The first competition of “Miss Brazil” took place in this hotel.

On August 5, 1978, the building was badly destroyed by a fire, and abandoned for nearly 3 decades. The restoration works were supervised by Oscar Niemeyer himself, and the hotel was finally reinaugurated in 2006 with 155 modern rooms.

The reception hall is nowadays decorated with furniture and decoration items in the style of the sixties, – only two red leather chairs are originals. 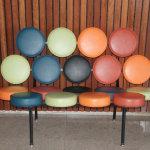 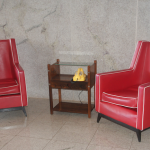 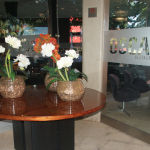 It is located at SHTN Trecho 2, near the Palácio Alvorada and next to the Red and Golden Tulip Hotels.