From October 7 till 21, the travelling car is going from Brasília to Curitiba, Foz de Iguaçu and Bonito. 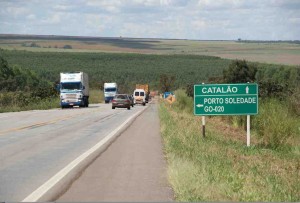 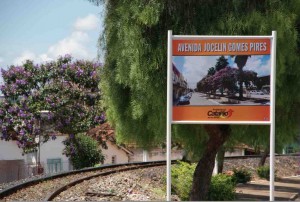 After a 4-hours-drive on a mostly very well condicioned road, we arrived in Tres Rancho. This small village is located 30 km from Catalão, at the shore of the Barragem de Emborcação, an immense barrier lake of the Rio Sao Miguel.

General leisure and fishing attract both nearby-citizens and tourists. The fish restaurants and  a wonderful sunset make you feel like being on holiday. 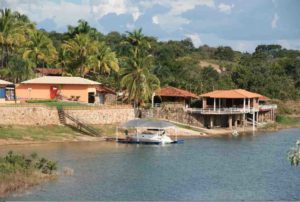 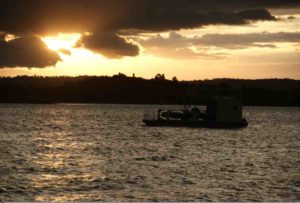 As local government elections had been held today, October 7, citizens of Catalão celebrated the election victory of the PSDB over the PMDP which ruled for the last 4 mandates. The immense, never-ending car parade was accompanied by earsplitting “music” (mostly monotone bass noise) and lasted till midnight. 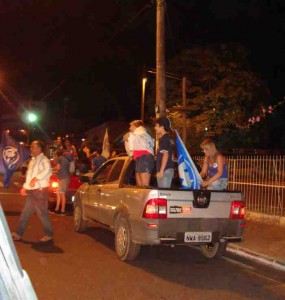 Catalão is a fast growing town with the main industries being the production of phosphate and lingerie and car assembling (Mitsubishi).

The town attracts tourists every year, end of September till mid-October during the season of the “Congadas“: a festival in honour of the ransomed slaves and N.S. do Rosário.

This year, the festival will take place from October 12 – 14.

For your accomodation in Catalão, we recommend the “Mara Hotel“, situated in the centre of the city and offering free parking (closed yard) and a very good breakfast buffet. Ask for the special week-end rate.