The cicadas and the rainy season

Oct 13, 13 • Cultural life, Topics • Comments Off on The cicadas and the rainy season

When the cicadas begin to sing all over the city of Brasilia, the rainy season is soon to get started.

Their ear-deafening concert is amazing and at the same time frightening, because the cicadas are hardly to be seen, although there are so many.

Unbelievable, but only by last week, for the first time during my 5-years-stay in Brazil, I’ ve seen the cicada – alive and its cocoon – and learnt something about their life-cycle.

Even before the rain starts, the cicadas already feel the rain is “ante portas” and come out of their earth dens. While singing – or I’d better say shouting  – they climb up the trees for there leaving their cocoons and leave them behind sticked onto the tree. 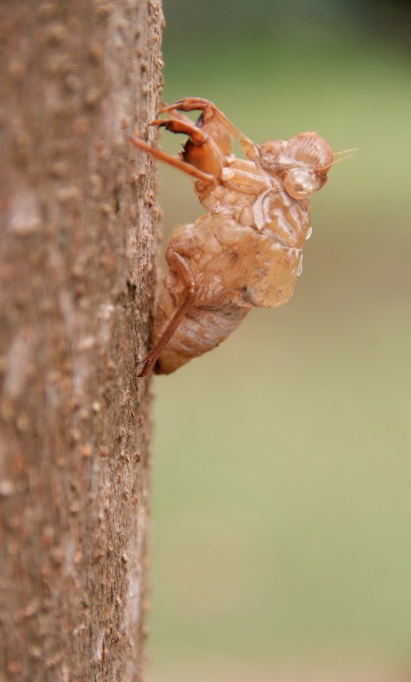 In the first range, I thought those cocoons are living beetles. On their back a hole can be seen through which the cicada is leaving the cocoon. Then they start stretching their bodies and unfolding the wings, becoming bigger and bigger, – as big that one can hardly imagine that the cicadas once fit into the cocoon. 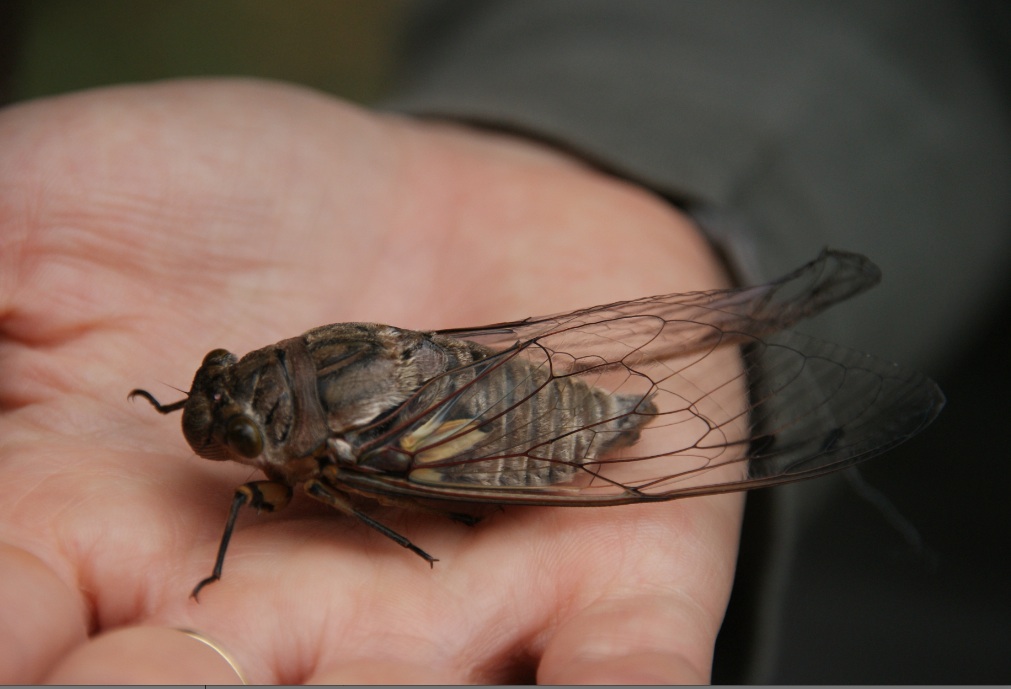 The cicada’s concerts can be listening during the next weeks, which is their pairing-season, approximately till November. Then they die,-  both male and female cicada,-  after the eggs had been brought down to earth where they came from.

The eggs and after a while the beetle bodies stay under earth in the dens up to 7 (seven!) years till they come out again and the life-cycle is repeated.