The Juscelino Kubitschek Bridge – or shortly “Ponte JK” – was inaugurated on December 15, 2002. It became Brasilia’s third bridge connecting the Lago Sul area with the “Plano Piloto”, thus reducing the distance of that housing area with the business and commercial area significantly. The bridge also helped to develop the Lago Sul region in terms of real estate property from former height QL 26 to today’s QL 29 and the total region around the Botanical Garden, with the impact of exploding prices for land and housing. 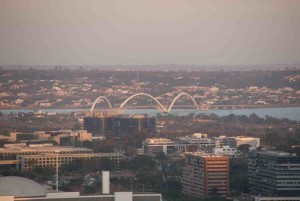 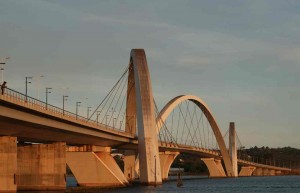 The bridge has a total length of 1,220 m and 24 m of width, sustained by three arches based upon 48 steel cables. With its three traffic lanes in each direction, nowadays it already gets to its limits during rush hours, facing the growing traffic volume caused by continous construction activities (condominios) and increasing number of cars per capita. 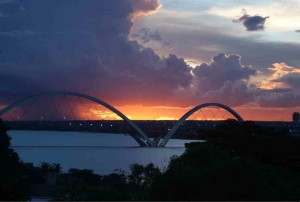 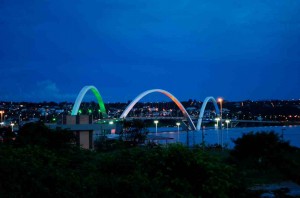 The design by architect Alexandre Chan was awarded the Gustav Lindenthal prize as the “most beautiful bridge in the world in 2002”, chosen by the Engineering Society of the State of Pennsylvania, United States, in 2003. 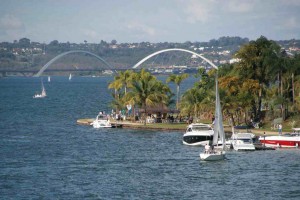