Already in 1823, the Brazilian statesman José Bonifácio outlined a plan to transfer Brazil’s capital from Rio de Janeiro to the Central Region. His idea to develope this part of the country by exploring its natural ressources was considered absurd and simply rejected.

Only by August 30, 1883, when Dom Bosco, a Salesian priest in Turin / Italy, had the dream of a new civilization arising in Central Brazil, the idea of transfering the capital was reborn. 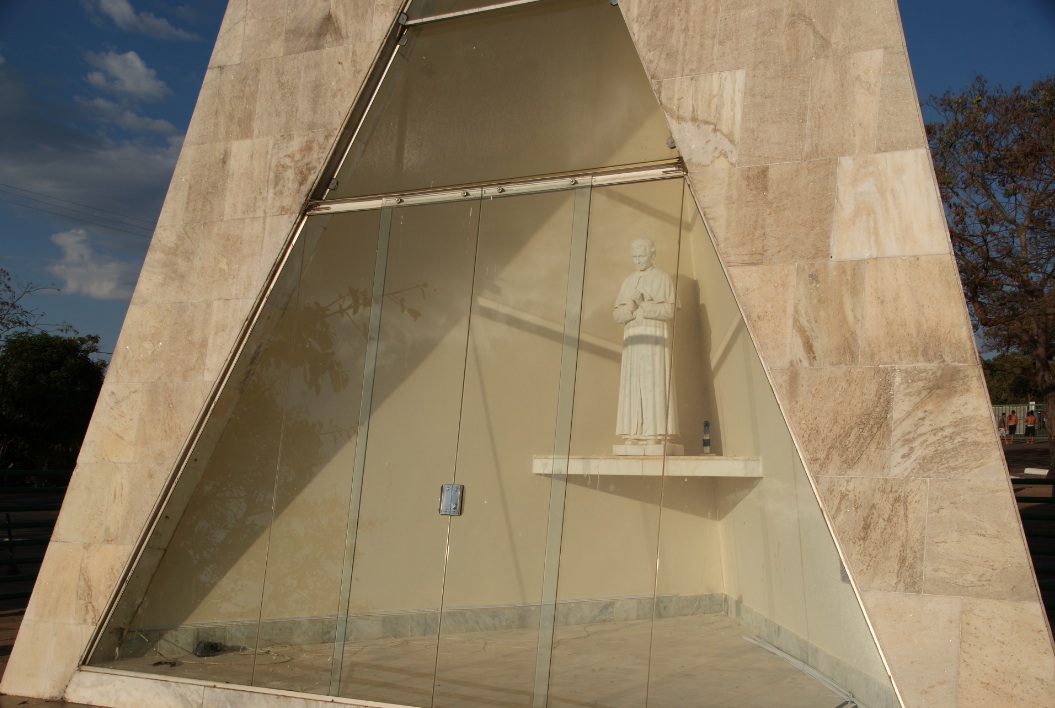 Dom Bosco’s prophecy defined exactly the location,  being between the 15th and 20th latitude, and described the region as a land of honey and milk.

Now, the signs were taken more seriously and as a consequence, in 1891, it was finally decided and incorporated in the Constitution that a new capital should be  built up in the region that Dom Bosco had dreamt of.

It took another 55 years till the plans for a new capital started to be realized, when president Juscelino Kubitschek took the decision to separate the foreseen area from the State of Goiás, creating the State of Distrito Federal and the new capital Brasília.

Dom Bosco – as well as Juscelino Kubitschek – can be judged as  visionaries, founders or city-fathers of Brasília, which can be deducted from the denomination of numerous monuments / institutions / locations named after them, like:

Brasilia’s citizens and admirers are grateful for Dom Bosco’s vision and J.K.’s courage to turn this dream to reality.